I returned to The Royal Mile to visit the Woolen Mill, where everything imaginable was made of…wool. The colors of the store’s wares were softer than expected; I was especially struck by the shades of blue and should have picked out a scarf. Unfortunately, I couldn’t make up my mind—I’m allergic to wool.

At the opposite end from the Castle sat the Holyrood Palace (which translates “Holy Cross”). The Queen wasn’t in (I’m told she resides in summer). Although not as grand as I like my palaces to be, I enjoyed the audio tour included in the ticket. 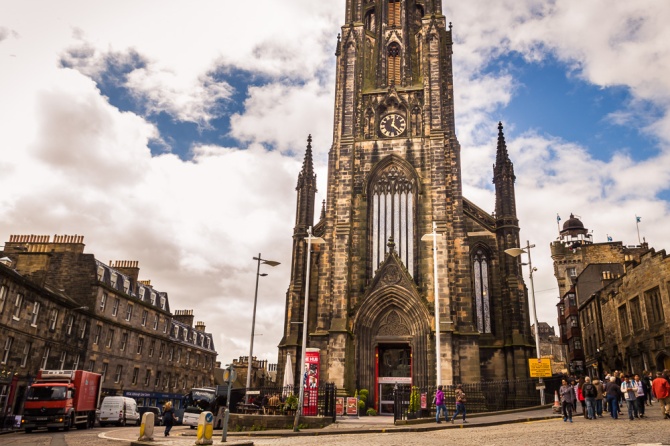 I wandered along until at last I came upon a ruined abbey behind the palace, which was once inhabited by Augustinian monks. This 12th century haunt drew me in with its mysterious aura. As I walked down the nave past the arcades, I was drawn to the furthest arch. Its stone work resembled fine delicate lace work, and I was transported hundreds of years back in time. I think I prefer the abbey in this exposed manner, with the sapphire sky pouring in.
This put us near Arthur’s Seat. We made this hike to get a better view of the city, but didn’t quite make it to the top. (It was getting late, and we didn’t want to get caught in the dark coming down.) Arthur’s Seat is actually just a rock, and Arthur wasn’t there anyway. We headed back down for some genuine Scottish food and found the World’s End (a highly-rated Scottish pub). Unfortunately the small space was full, so we ate Italian.

By now I was comfortable driving on the left side of the road, and was looking forward to delving into the country in my nimble red 6 speed car. On our way to Glencoe, we made a brief lunch stop at a compact village named Callander off highway A84; the village’s main street boasted several cafes, bakeries, shops and a church.

We finally found traditional Scottish food (meat pies!) at a bakery called MHOR Bread. The bakeries were reasonable, especially if you carry out. I chose the pie with chicken (it tasted like homemade chicken pot pie, but in a pastry shell). We scarfed the parchment-wrapped pies on a bench by a pond. We had also purchased dessert bars—mine had thick layers of mild caramel and chocolate on shortbread. Now we were ready to drive to highland country. 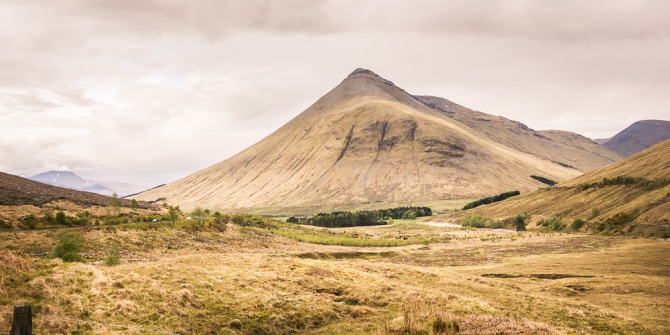 Our drive through Glencoe was…surreal, like floating in slow motion: the flat limy green landscape, sculpted with twisting ribbony roads which cowered beneath quiet bronze giants (as in one of Tolkien’s novels, the mountains come to life and throw rocks at each other). I pinched myself several times while driving through Glencoe. No, I wasn’t dreaming, but I didn’t want to wake up either. In this entrancing landscape, my son had no complaints about stopping excessively for photos. None at all. 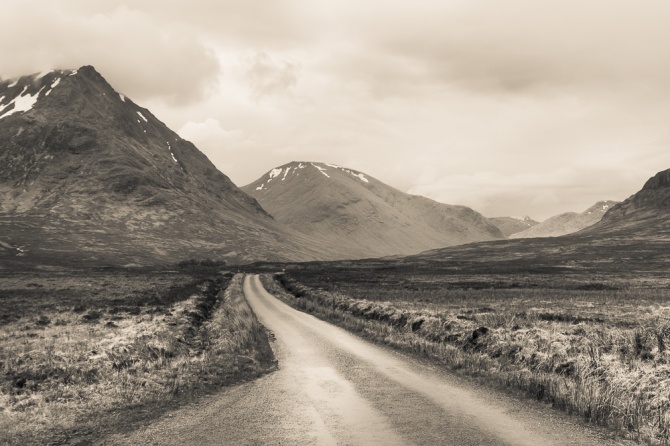 The most splendid mountains in Glencoe were those of Glen Etive on Hwy 82. It is a popular destination for hikers and photographers, so unsurprisingly some of my favorite pictures of the trip came from here. Apparently there is an (easily missed) car park near the trailhead, and an 18th century Inn (Kings House). If only I could have explored this area more…

From Glencoe we drove through Fort William and came to a landing in Ballachulish on Loch Linnhe (pronounced Linny) at the Craiglinnhe House B&B, where we stayed two nights. Our warm host welcomed us and showed us to our room upstairs. As we settled in, we made an unsettling discovery.

Our Bed and Breakfast

My son uncovered three deer ticks on his shoes and legs, one of which was embedded in his skin. Naturally, I was alarmed. 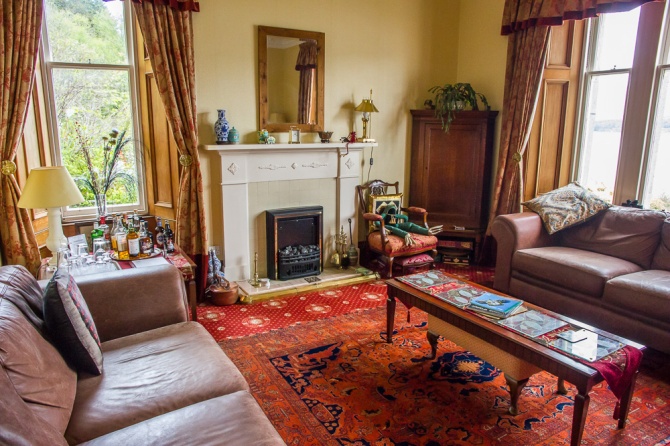 Our host reassured me that this was quite common and not a big deal at all. After telling us not to panic, I overheard her as she spoke to her husband in the next room. “Oh my God”! Those were his words. Okay… now I’m going to panic. My son finally pried the creature out of his leg piece by piece. We washed all our clothes in hot water (nearly ruined my fave sweater) and put our shoes outside.

On a happier note, we found a lovely hotel restaurant with white tablecloths, the Hollytree Inn, just down the street from our B&B. The salmon was wonderful, albeit pricey. Over an elegant dinner, we gazed out of a wall of glass overlooking the Loch. Ahhh… 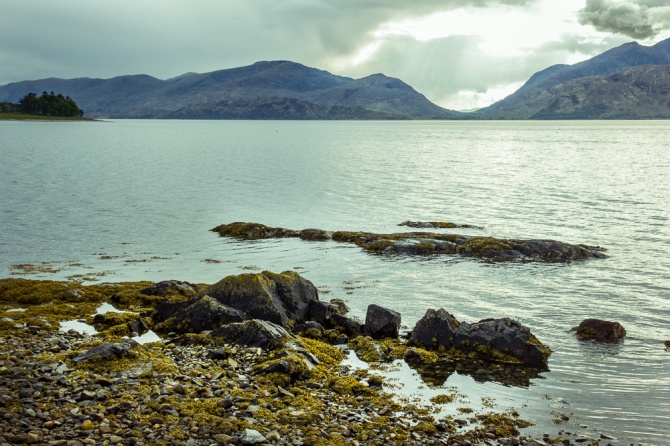